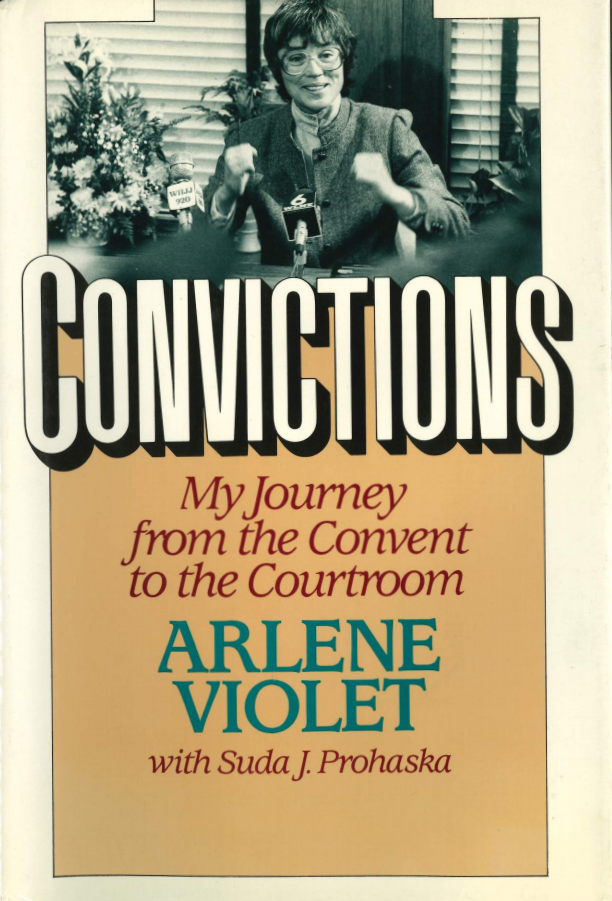 ARLENE VIOLET is a native Rhode Islander. She completed her undergraduate studies at Salve Regina University, and she received her Juris Doctor from Boston College Law School. She was a Sister of Mercy for twenty-three years working on behalf of the poor in many areas including the inner city of Providence. She was a public interest attorney practicing consumer law, environmental law and developmental disability law. The case precedents, which she established, along with her election as the first female Attorney General in the United States, earned her a place in a book entitled, “The Fifty Most Influential Women in American Law”. She is featured in the book, along with Hillary Clinton, and Supreme Court Justices, Sandra Day O’Connor and Ruth Bader Ginsberg. For almost eighteen years, she has been a top talk show host. She was selected as one of the top 100 talk show hosts (out of more than 4,000) in the U.S. along with Don Imus, Rush Limbaugh, and Sean Hannity. She was a member of the inaugural class for induction into the Rhode Island Radio Hall of Fame.

She regularly appeared as a legal and political commentator on the NBC, CBS, and ABC TV local affiliate, WPRO. She is a guest commentator on NPR radio and PBS television. She was featured on “Sixty Minutes”, “Larry King”, and “Crossfire.” Random House published her autobiography, “Convictions” in 1988. Her book regarding the witness protection program, “The Mob and Me”, was published in 2010 by Simon and Schuster. She writes a weekly political column, thus extending her viewpoints to reach all media.

Her community work includes participating on many diverse Boards of Directors including The R.I. Family Shelter, Opera Providence, Initiative to Educate Afghan Women, The Gamm Theatre, The Board of Governors of Rhode Island Hospital, Board of Trustees at Roger Williams University, and the Advisory Board of the Japan-American Society of Rhode Island. She has been selected as “Woman of the Year” by numerous organizations. Among her awards, she was the first recipient of the Jefferson Award for Public Service, and she received the local NAACP Humanitarian Award. She was inducted into the R.I. Hall of Fame in 1996; in 2007, she was elected to the Board of Directors of said Hall of Fame. She served on the Executive Committee of the Board of Directors of the Woman’s Campaign School at Yale University’s Law School. While she was Attorney General, her colleagues in the United States Department of Justice honored her as the law enforcement professional of the year. Her pocket manual on search and seizures was provided to every R.I. police officer, and it became a model for other Attorneys General to use.

As an adjunct professor in a joint program at RISD and Brown University, she taught environmental law. She co-authored the first manual and school curriculum on law which was used in many Rhode Island high school classes.

She has judged the Miss America contest, and she performed in the 1996 and 2007 off-Broadway productions of “Nunsense” at the Providence Performing Arts Center. She wrote the musical, “The Family, A Mob Musical Drama” with famed composer/lyricist, Enrico Garzilli. It was performed at Trinity Repertory Theatre in June, 2011. Her play, “The Centurion” was performed at the Manhattan Repertory Theatre in August 2013.  Her book “Convictons” has been sold to APPLE+ as a mini series, and is being written by Matt Charman.