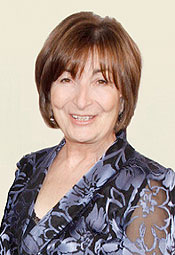 LYNNE TAYLOR-CORBETT directed and choreographed the Broadway production and the first national tour of Swing! (Tony Nominations for direction and choreography) and Titanic and Chess on Broadway. She directed and choreographed Cougar: The Musical, which ran for two years Off-Broadway in New York City. Other theatre credits include Distant Thunder for the Lyric Theatre of Oklahoma, Wanda’s World for the Amas Theatre, Girls Room for Queens Theatre in the Park, the original production of Hats!, Flight of the Lawnchair Man at Goodspeed Musicals, and Creature from the Black Lagoon for Marc Routh/Universal.

Her dance works have been commissioned by New York City Ballet, American Ballet Theatre, Alvin Ailey American Dance Theatre, Pacific Northwest Ballet and companies throughout the world. Feature film credits include Footloose, My Blue Heaven and Bewitched. In the summer of 2005, she directed a multi-million dollar project for Disney in China, currently playing in the largest indoor theatre in Asia located near Hong Kong.