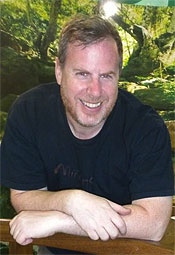 In addition to the productions above, his 25 plus year career as a producer includes the Tony nominated productions of SWING!, THE SOUND OF MUSIC, and LEAP OF FAITH.

Notable productions include STOMP (Drama Desk and Obie Award for Unique Theatre Experience), now in its 20th consecutive year in New York.  Other current productions include FLASHDANCE THE MUSICAL on tour, the environmental musical MURDER BALLAD. the hit off Broadway show OLD JEWS TELLING JOKES, FLASHDANCE THE MUSICAL and NOBODY LOVES YOU on Broadway.

Marc has gone on to solidify his place in the Broadway community as co-founder for Broadway Asia with Simone Genatt who have presented the North American tours of the VIETNAMESE WATER PUPPETS and COOKIN‘, as well as productions of STOMP, SWING!, SMOKEY JOE’S CAFE, HAIRSPRAY, and THE PRODUCERS in Asia. As a principal of Broadway Asia Entertainment, he produced the ground-breaking Chinese language production of I LOVE YOU, YOU’RE PERFECT, NOW CHANGE and a spectacular tour of Asia of Rodgers and Hammerstein’s CINDERELLA starring Lea Salonga. Recent productions for Broadway Asia include THE PEONY PAVILLION, written by Maury Yeston, Jeffrey Hatcher, and directed by John Rando, CHINAâ€™S GOT TALENT LIVE!, and BRUCE LEE, the musical, written and directed by Stan Lai.

He is a partner in On the Road, a theatrical booking agency and was one of the founders of both Showtix, a Broadway group sales company that was acquired by Hollywood Media and Broadway Inner Circle, a premium ticket agency.