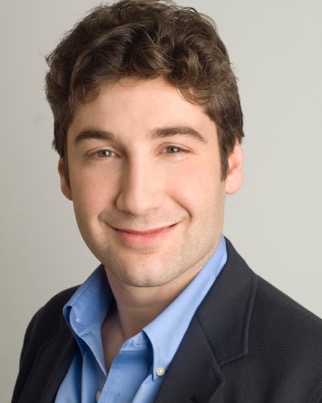 Scott Schwartz is an internationally known artist whose work has been seen on and off Broadway, across the United States, in Great Britain, Europe and Asia. He is also the Artistic Director of the acclaimed Bay Street Theater in Sag Harbor, NY.  He directed the new musical The Prince of Egypt on the West End in London and a newly revised version of the musical Big Fish for CJ ENM in Seoul, Korea.  He also directed Camelot at Bay Street Theater, and directed Becoming Dr. Ruth, which ran Off-Broadway in December 2021.  He will next direct the Austrian premiere of Disney’s The Hunchback of Notre Dame, opening in Vienna this October. For over twenty-five years, he has built a reputation for pursuing and embracing a wide range of works for the stage, from new plays to classics to musicals and opera.

He directed Seance on a Wet Afternoon starring Lauren Flanigan at New York City Opera.  This production began as a world premiere at Opera Santa Barbara, for which he won a Santa Barbara Indy Award as Best Director.

Schwartz made his Broadway debut as co-director (with John Caird) of the new musical Jane Eyre which played the Brooks Atkinson Theatre. He also helmed a national touring company of Godspell, a UK touring production of Godspell (produced by David Pugh), “Lavender Girl” as part of Harold Prince’s 3hree at the Ahmanson and Prince Music Theatre, and No Way To Treat A Lady for the York Theatre.

Other notable credits include: The US Premiere of The Hunchback of Notre Dame at La Jolla Playhouse and Paper Mill Playhouse and subsequently in Japan, Germany, and Austria, the World Premiere of The Prince of Egypt at TheatreWorks Silicon Valley and Fredericia Teater in Denmark, the World Premiere of Conviction at Bay Street Theater starring Sarah Paulson and Garret Dillahunt, Shakespeare’s Othello and Much Ado About Nothing and the World Premiere of Theresa Rebeck’s What We’re Up Against for the Alley Theatre in Houston; the new musical A Room With A View and a two play marathon of Brighton Beach Memoirs and Broadway Bound for the Old Globe in San Diego; Arsenic and Old Lace starring Betty Buckley and Tovah Feldshuh for Dallas Theater Center; his own adaptation of Willa Cather’s My Antonia which opened at the Rubicon Theatre in Ventura, CA in April of 2008 and transferred to an extended three month run at Pacific Resident Theatre in Los Angeles; The Foreigner starring Matthew Broderick for Roundabout Theatre Company in New York; Seven Brides For Seven Brothers in a co-production at Theatre Under the Stars in Houston, Papermill Playhouse in New Jersey, and North Shore Music Theatre in Massachusetts (2008 IRNE Award, Best Director of a Musical); the off-Broadway production of Franz Kafka’s The Castle starring William Atherton for Manhattan Ensemble Theatre (2002 Outer Critics Circle Award Nomination, Best Director of a Play); the London production of tick, tick… Boom! at the Menier Chocolate Factory starring Neil Patrick Harris; and Curvy Widow starring Cybill Shepard at the Alliance Theatre in Atlanta and the Post Street Theatre in San Francisco.

Schwartz has been an Associate Artist at the Alley Theatre in Houston, Texas since 2007.   In New York City, he has founded and run two commercial producing companies. He is currently president of Red Griffin Media, which was one of the lead producers of the new musical Rooms: A Rock Romance off-Broadway in 2009. He was President of RIOT Entertainment from 2000 until 2005, which was one of the lead producers of Bat Boy: The Musical off-Broadway, produced cabaret performances Upstairs at Studio 54, and which developed new works for the stage through readings and workshops.

He is a graduate of Harvard University a member of the Stage Directors and Choreographers Society and was a Tony Award Nominator from 2014 to 2016.

01/07/22 : West End’s The Prince of Egypt, Directed by Scott Schwartz and Choreographed by Sean Cheesman, was Filmed for Future Broadcast!

06/04/18 : Photo Flash: Get A First Look At “THE PRINCE OF EGYPT” in Denmark Directed by Scott Schwartz & Choreographed by Sean Cheesman

See all press for Scott Schwartz