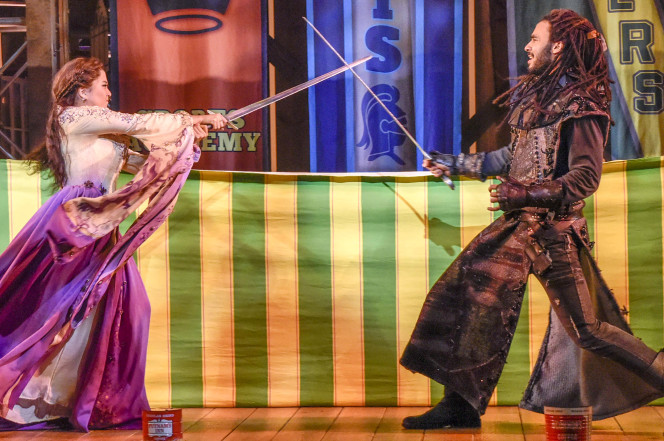 “Hood: The Robin Hood Musical Adventure opened last week at the Dallas Theater Center and, judging from the reviews and the buzz making its way to Shubert Alley, the curse has lifted.

‘Intoxicating‘, ‘joyful,’ ‘witty,’ ‘sunny‘ and ‘charming‘ are a few of the accolades hurled at the show. No critic has said it yet, so I’ll be the first: Beane and Flinn have hit the bull’s-eye.” 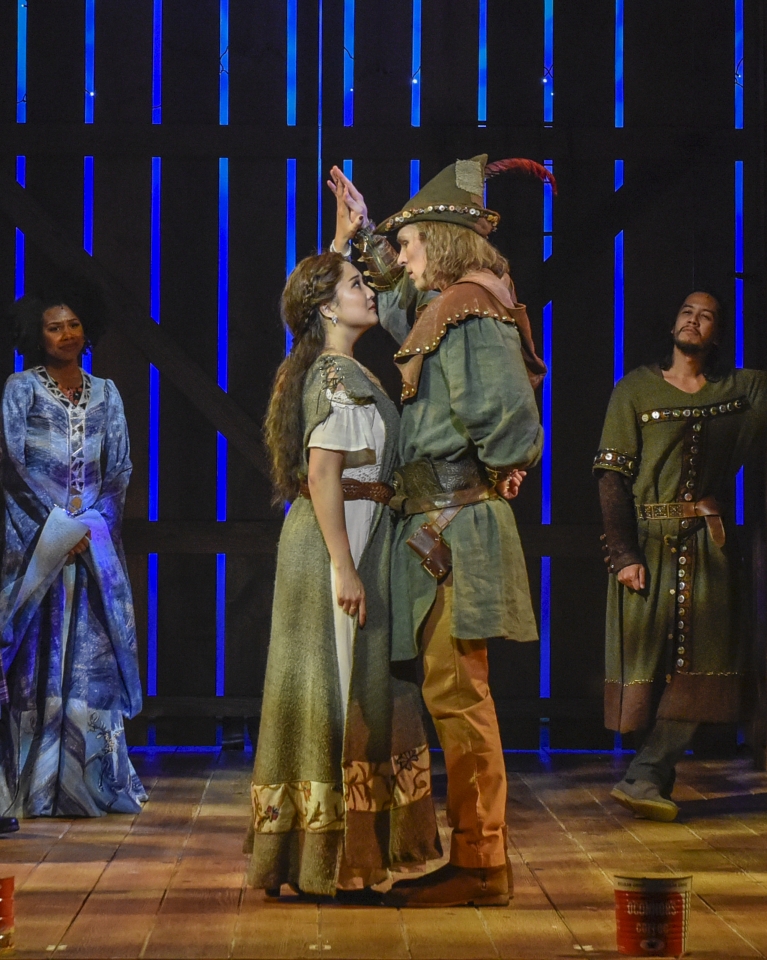 “Everybody loves a good-hearted outlaw, and none have endured so steadfastly in the public imagination as has Robin Hood. That particular Medieval do-gooder, who has survived nine hundred years in literature, song, stage, and cinema, takes the stage once again in Hood: The Robin Hood Musical Adventure, a new musical by playwright Douglas Carter Beane (who also directs) and composer-lyricist Lewis Flinn, now playing in a world premiere production by Dallas Theater Center at Wyly Theatre.

Still, the various elements of the staging, including the sometimes extraordinarily complex choreography by Joey Pizzi and Robert Bianca, and fight coordination by Jeff Colangelo, meld together under Beane’s direction to form a relentless visual feast.”

Hood: The Robin Hood musical Adventure will make its world premiere at the Dallas Theater Center this summer choreographed by Joey Pizzi.