“Actor/singer/dancer John Edwards is not just a triple threat, he’s also an awards-nominated one, and deservedly so. A current member of the Grammy-nominated Broadway Inspirational Voices gospel choir, Edwards was just recognized earlier this month for his exceptional work in the 2018 New York revival of Smokey Joe’s Cafe at Stage 42, with a nomination for Outstanding Featured Actor in a Musical from The Lucille Lortel Awards, to be presented by the Off-Broadway League on May 5.

I was very fortunate to be able to share fifteen minutes of John’s fame, to congratulate him on the prestigious nomination and to revisit his acclaimed role in Smokey Joe’s Cafe (the production itself just nominated this morning for a Drama League Award for Best Revival of a Broadway or Off-Broadway Musical), to which he brought his signature heart, humor, and humanity (I saw the show for a personal record of nine times, and only wish I could have been there for every single performance).” 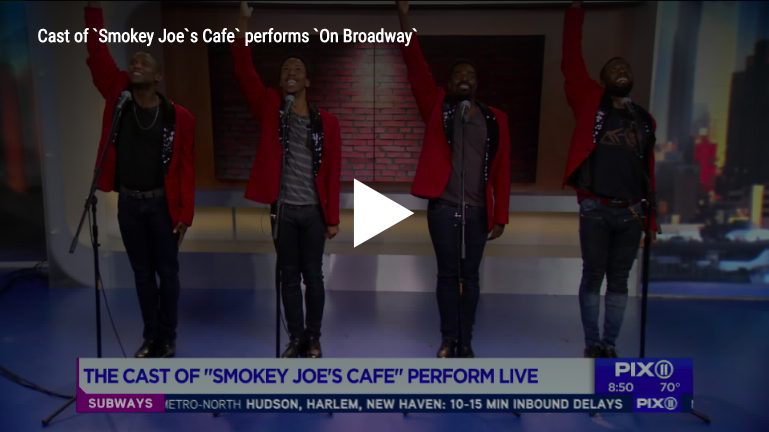